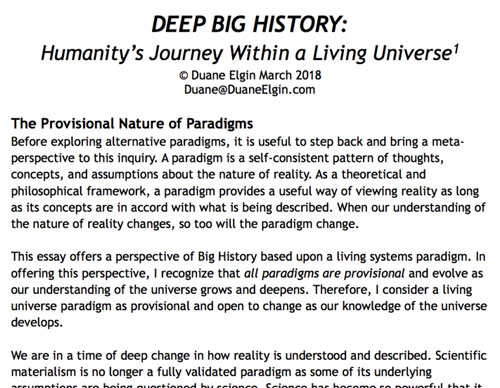 A Living Systems Paradigm for Big History The idea of a “living universe” is not a new perspective. More than two thousand years ago, Plato described the universe as a single living creature that encompasses all living creatures within it. To begin, it is helpful to contrast the assumptions of a non-living universe with those based on a living systems perspective. The prevailing paradigm of Big History assumes that for something to be considered “living,” the system must include four key capacities: • Metabolism: the ability to break matter down as well as to synthesize it • Self-regulation: the ability to maintain stability in its operation • Reproduction: the ability to create copies of itself • Adaptation: the ability to evolve and fit into changing environments These four capacities can be found, not only in plants and animals but also in the functioning of the universe: 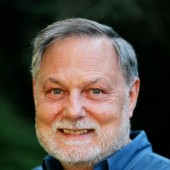 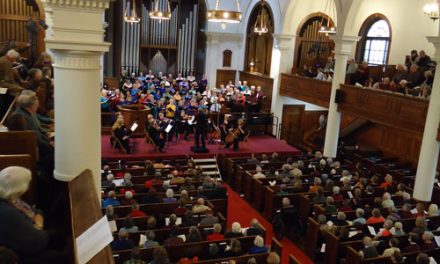 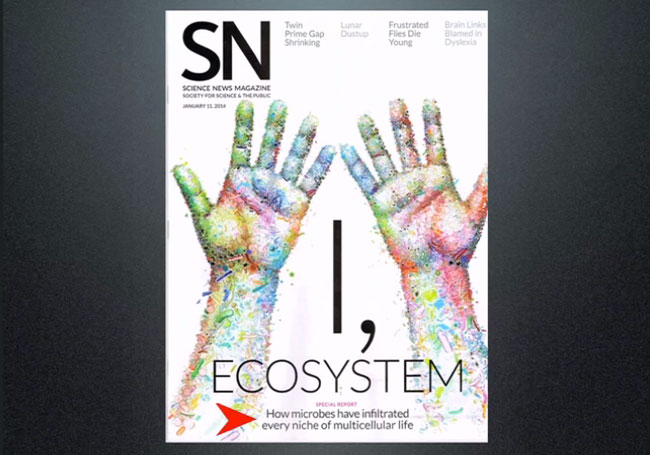 A New View of Evolution Part 2 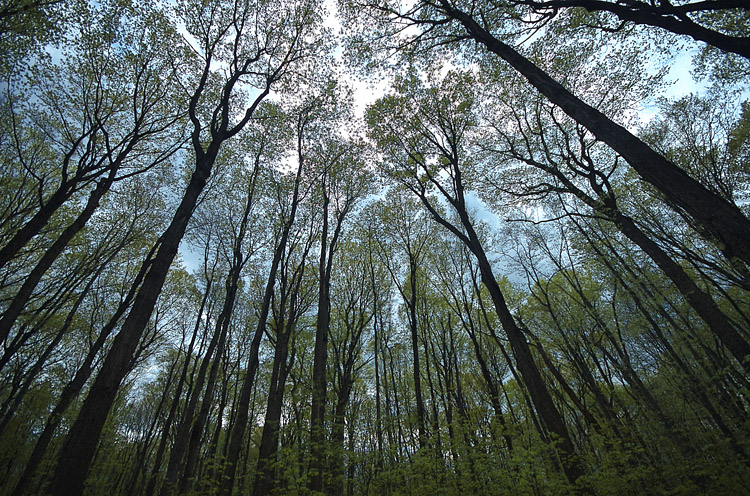 A Sociological Perspective on Natural Theology 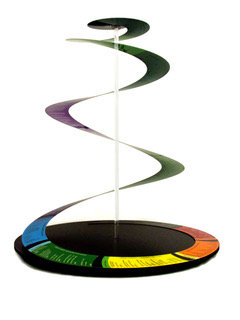 This article by Duane Elgin is excellent and very much needed in a climate changing world. We need a new context for understanding what is happening to Earth and what we can do about it. This article helps give us that context.