Someday, after mastering the winds, the waves, the tides and gravity, we shall harness the energies of love, and then, for a second time in the history of the world, man will have discovered fire.

Applying the New Cosmology in Life and the World 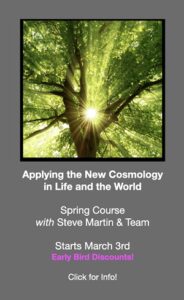 Applying the NEW COSMOLOGY in Life and the World

Experience the Power of a Deeptime Perspective

in Love and Discernment

A deeptime perspective can inspire and motivate us, opening possibilities for ourselves and the planet as a whole.   But what difference does it make specifically for love and discernment? 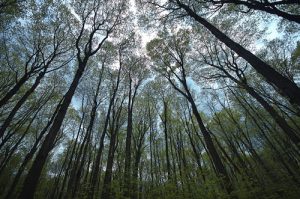 In this event you’ll have a chance to see and experience the power of  love and decision-making inside of the larger context of an evolving interconnected universe.  In communion with others, the power of a deeptime perspective and the beauty of an Ecozoic era of mutually enhancing relationships can become irresistible, such that blocks and resistance melt away.

A Deeptime perspective can empower us to do our “Great Work,” (Thomas Berry) and “Cosmic Task” (Maria Montessori), the work of this moment that best serves ourselves, the whole, and helps to propel evolution to its next stage. 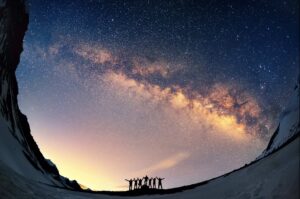 Discerning a Way Forward in a Deeptime Community

Join us as we explore the power of passion, allurement and discernment in community.  Allurement is cosmological power that shapes the power of the destiny of the universe and brings all of its unique elements into greater harmony.  Explore how deepening into your own allurements can bring you into greater synergy with others aligning with the dynamics of the universe.

Love and discernment reflect each other.  In a deeptime context we’ll use the deeptime principles for helping us to discern a way forward.

Allurement is a fundamental dynamic of the Cosmos.

Love & discernment reflect each other inside Deeptime

We’ll use the deeptime principles for helping us to discern a way forward:

Stephan Martin is an astronomer, educator, and author who has taught astronomy, physics, and consciousness studies at colleges, universities, and learning centers across the US for over twenty-five years. Between 2003-2008 he studied directly with Brian Swimme and others at the California Institute of Integral Studies, out of which came his first book Cosmic Conversations, in which he held dialogues with scientists, spiritual teachers, and cultural creatives on the nature of the universe and our role in it. Since then he has led workshops on the New Cosmology at seminars and retreat centers across the US and Europe and has been active in exploring multidisciplinary approaches to exploring the universe.  He is currently adjunct faculty in the Consciousness and Transformative Studies graduate program at John F Kennedy University where he teaches a course on “Cosmology and Consciousness.” Steve is also a co-director of the continuing care program at the Center for Spiritual Emergence in Asheville, NC where he assists clients in living more conscious lives from an expansive perspective.

Jennifer Morgan, president and founder of the Deeptime Network, is an award-winning author, storyteller, and educator inspired by the work of Teilhard de Chardin, Maria Montessori, Thomas Berry, and Brian Swimme. Her Universe Story Trilogy — Born With a Bang, From Lava to Life, and Mammals Who Morph — are used in classrooms around the world, particularly in Montessori schools as part of the Cosmic Education Curriculum, and have received the Teachers Choice Award, Nautilus Semi Finalist, highest ratings from AAAS and endorsements from Jane Goodall, Neil de Grasse Tyson, astronaut Edgar Mitchell, Thomas Berry, Brian Swimme and others.  She is Vice President of the American Teilhard Association.  Her life inspiration is to foster emergence by helping to link a planetary nervous system of people immersed in this radical new understanding.

Elizabeth (Bing) Carranza, a passionate Earth-lover, is Co-Founder and Coordinator of the Terra Sisters of the Trinity, a new and emerging Earth-oriented Philippine-based Catholic religious community of women established in 2019. She works with the Global Catholic Climate Movement-Pilipinas and is involved in the Education Program at the Center for Ecozoic Living and Learning, an eco-center dedicated to Thomas Berry which was set up by the Mondejar Foundation along with some members of the Missionary Society of St. Columban in 1998. She was a College Physics Instructor at the University of the Philippines before she entered the religious life. Active in the ecological circle in the Philippines for over 15 years now, she was Chairperson of the Save Sierra Madre Network Alliance Inc. and was also part of the Board to four other environmental organizations.

Brian Tucker works as a Project Manager/Systems Analyst for a large Human Services non-profit in Philadelphia with over 25 years of experience. Trained as a Spiritual Director (1999) with the Guild for Spiritual Guidance, he consults with individuals and organizations on ways to integrate Spirituality, Technology and Social Justice. His passions include Big History, Cosmology, Vedanta, Torah, Yoga and Nature, and has published a book examining the generational trauma of war called “Generations of War: A Family’s History of World War II.”  Currently, he is examining the role mythopoetic imagination might play alongside science in increasing our awareness of our sacred Cosmos, helping us to better imagine a world of love and justice for all.

Be the first to review “Love & Discernment in Deeptime” Cancel reply