Celebrating the 10th Anniversary of

JOURNEY OF THE UNIVERSE

This event happened on Saturday, April 10, 2021
To watch the recording, click here!

This webinar will describe the 10-year odyssey of creating the Journey of the Universe and the 10 years of bringing it out into ever widening circles.

The Journey of Journey: Making the Film

The Future of Journey: Engaging with the Film 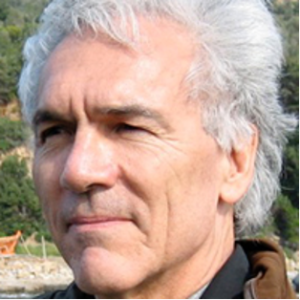 Brian Thomas Swimme is Director of the Center for the Story of the Universe and a professor at the California Institute of Integral Studies in San Francisco. He received his Ph.D. from the Department of Mathematics at the University of Oregon in 1978 for work in gravitational dynamics. He brings the context of story to our understanding of the 13.8 billion year trajectory of the universe. Such a story, he feels, will assist in the emergence of a flourishing Earth community. Swimme is the author of The Hidden Heart of the Cosmos and The Universe is a Green Dragon. He is co-author of The Universe Story, which is the result of a ten year collaboration with cultural historian, Thomas Berry. Swimme is also the creator of three educational video series: Canticle to the Cosmos, The Earth’s Imagination, and The Powers of the Universe. Most recently he co-wrote and hosted the 60 minute film Journey of the Universe, broadcast on PBS television stations nationwide. He lectures widely and has presented at conferences sponsored by the American Association for the Advancement of Science, The World Bank, UNESCO, The United Nations Millennium Peace Summit, and the American Museum of Natural History.

Mary Evelyn Tucker is co-director of the Yale Forum on Religion and Ecology where she teaches in an MA program between the School of the Environment and the Divinity School. With John Grim she organized 10 conferences on World Religions and Ecology at Harvard. They were series editors for the 10 resulting volumes from Harvard. She co-edited Confucianism and Ecology, Buddhism and Ecology, and Hinduism and Ecology. She has authored with John Grim, Ecology and Religion (Island Press, 2014). They also edited Thomas Berry’s books including Selected Writings (Orbis 2014). Tucker and Grim published Thomas Berry: A Biography (Columbia University Press, 2019). With Brian Thomas Swimme she wrote Journey of the Universe (Yale 2011) and was the executive producer of the Emmy award winning Journey film that aired on PBS. She served on the International Earth Charter Drafting Committee and was a member of the Earth Charter International Council.

John Grim is a Senior Lecturer and Research Scholar teaching in the joint MA program in religion and ecology at Yale University School of the Environment and Yale Divinity School. He is co- founder and co-director of the Yale Forum on Religion and Ecology with his wife, Mary Evelyn Tucker. With Tucker, Grim directed a 10-conference series and book project at Harvard on “World Religions and Ecology.” Grim is the author of The Shaman: Patterns of Religious Healing Among the Ojibway Indians (University of Oklahoma Press, 1983). Grim edited Indigenous Traditions and Ecology: The Interbeing of Cosmology and Community (Harvard, 2001). Grim and Tucker are authors of Ecology and Religion (Island Press, 2014). Together they edited Thomas Berry’s books and published Thomas Berry: A Biography (Columbia University Press, 2019). They have edited the following volumes: Worldviews and Ecology (Orbis, 1994); Religion and Ecology: Can the Climate Change? (Daedalus 2001); Thomas Berry: Selected Writings on the Earth Community (Orbis, 2014); and Living Cosmology: Christian Responses to Journey of the Universe (Orbis, 2016), and with Willis Jenkins the Routledge Handbook on Religion and Ecology (Routledge, 2016). John is the co- executive producer of the Emmy award winning film, Journey of the Universe. He is the past President of the American Teilhard Association.

Jennifer Morgan is an award-winning author, storyteller, and educator inspired by the work of Teilhard de Chardin, Thomas Berry, and Brian Swimme. Her Universe Story Trilogy — Born With a Bang, From Lava to Live, and Mammals Who Morph are used in classrooms around the world, particularly in Montessori schools as part of the Cosmic Education Curriculum, and have received the Teachers Choice Award, Nautilus Semi Finalist, highest ratings from AAAS and endorsements from Jane Goodall, Neil de Grasse Tyson, astronaut Edgar Mitchell, Thomas Berry, Brian Swimme and others. She’s founder and president of the Deeptime Network (dtnetwork.org), a global educational network that offers professional development, courses and study groups in the New Cosmology. Members can blog and add resources and events, and promote their work through DTNetwork social media. 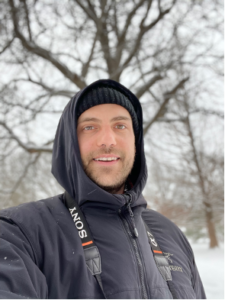 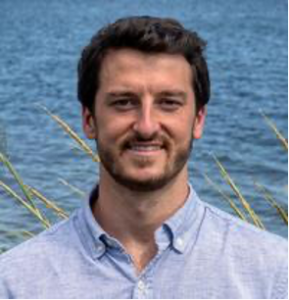 Sam King serves as a Research Associate for the Yale Forum on Religion and Ecology and a Teaching Assistant for the Yale course on Asian Religions and Ecology. He is currently a graduate student in Religion and Ecology at Yale Divinity School, while also completing a Master of Arts in Creative Writing at Dartmouth College. At The Hotchkiss School, Sam taught courses in Philosophy and Religion, developed curricula for the interdisciplinary Humanities program, and organized a project-based learning trip for students in Sri Lanka and India. He was also a Fulbright Scholar in Sri Lanka, where he taught English at the University of Sri Jayewardenepura and conducted research on agrarian Buddhist rituals. Sam earned a Bachelor of Arts in Religion and Environmental Studies from Bowdoin College. He enjoys spending time in the outdoors, practicing meditation, and writing creative nonfiction.