What Next? Planetary Mind and the Future

Image by Lumina Obscura from Pixabay 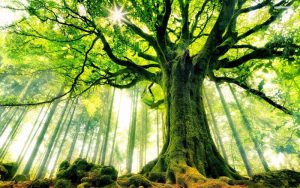 What is the Universe up to Now?  We live in a universe that is continually constructing itself, first as primordial energy, then as atoms, then as galaxies and stars, then as trillions upon trillions of planets, then as life forms, at least on Earth. For all we know, this sequence is taking place throughout the universe.

The discovery that we live in such an evolving universe is the greatest modern science has to offer. Far more significant than either quantum physics or Einstein’s General Theory of Relativity. Before this discovery we imagined the universe had a fixed structure.   But it’s far more dynamic than that.  We have moved from thinking we live in a cosmos to knowing we live in a cosmogenesis. In what Thomas Berry called, a “time-developmental universe.”

If we do live in a cosmogenesis, the only question worth asking is: “What’s next?”

In other words, “What is the universe up to now? What new structures, what new realities are pressing to come into existence, now?” 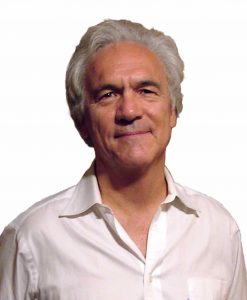 “No one can know with certainty what the future will bring for the simple reason that the complexity of the causal structures of our planet are beyond our imagination’s reach. But we do have intuitions about the future, and these are what I wish to explore with you. My own and yours. The person who provides me with inspiration is Pierre Teilhard de Chardin, the French paleontologist and mystic. He founds his thinking on a very obvious observation.

“Planet Earth began as molten rock, then brought forth an atmosphere, then a hydrosphere, then a biosphere, and now a noosphere. ‘Noosphere’ was Teilhard’s term for what some 21st century thinkers are calling a ‘planetary mind.’

This webinar will begin with my own reflections on the nature of planetary mind, as well as reflections on  some pathways for awakening it. It will then turn to dialogue with you and your own intuitions about what is coming forth as planet Earth’s next era of vibrant life.”

What you will get:

Who is this for? 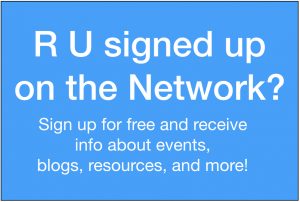 Bio: Brian Thomas Swimme is a professor at the California Institute of Integral Studies in San Francisco. He received his Ph.D. from the Department of Mathematics at the University of Oregon in 1978 for work in gravitational dynamics. He brings the context of story to our understanding of the 13.7 billion year trajectory of cosmogenesis. Such a story, he feels, will assist in the emergence of a flourishing Earth community.

Swimme is the author of The Hidden Heart of the Cosmos and The Universe is a Green Dragon. He is co-author of The Universe Story, which is the result of a 10 year collaboration with cultural historian, Thomas Berry. Swimme is also the creator of three educational video series: Canticle to the Cosmos (1990), The Earth’s Imagination (1998), and The Powers of the Universe (2004).
He lectures widely and has presented at conferences sponsored by the American Association for the Advancement of Science, The World Bank, UNESCO, The United Nations Millennium Peace Summit, and the American Museum of Natural History.  Most recently he hosted and co-wrote, with Mary Evelyn Tucker, the 60 minute film Journey of the Universe, broadcast on PBS television stations nationwide. Journey of the Universe won the Northern California regional Emmy for Best Documentary, 2011. The Journey of the Universe book, ebook and ed series are published by and available from Yale University Press.

Be the first to review “What Next? Planetary Mind and the Future” Cancel reply